Read More
Author Javier J. Iniesta
Client Centro de Arte 2 de Mayo
Location Madrid
m2 1
Builder Novodecor
Photographer Maru Serrano
Hide text
The nature of a contemporary art museum is changing, fluid and transformative, befitting an institution dedicated to the art of the future. In a text posted by Manuel Segade, the director of CA2M, on the museum’s website at the end of the country’s strict lockdown period, he asserted the need to ‘de-automate’ the recent process by which our relationships are being digitised – removing the possibility of bringing our bodies together – and highlighted the obligation we have to reconstruct new rituals, new circuits that enable us to form new relationships where sustainability of life is not necessarily at odds with the enjoyment of a place at a pace that is different from that of everyday life. The CA2M is characterised by its unique legacy of audiences that are accustomed to the unhindered use of the liminal spaces scattered throughout the museum. For this reason, in contrast with the administrative language evidently necessitated by the current situation, the CA2M has responded to the transient nature of the emergency since June 2020 by retaining its image of welcome and openness, and by answering the questions: how can we design COVID signage systems to reflect on the term social distancing, its connotations and the way in which bodies interact in public spaces?; how can we escape from the imperative tone and the marking tapes we have become used to in recent months?; and how can we design a space that is friendly, respectful, navigable and amusing, as well as reflective? In the first stage, the new museum signage – designed by Murray Branding & Design – already included new ways of clearly and directly communicating the rules of social distancing by means of a system that transcends simple spatial indications to invade all the transit spaces in the museum. For this purpose, a visual and verbal language was developed to help incorporate into the space new ways of moving about and interrelating that choreographs the obligation to comply with health regulations in a participative way. The second experimental stage in the museum’s spatial design is seen as the next step in the ‘demilitarisation’ of transit and relationships based on different protocols to bring about new rituals for enjoying common spaces. Entre (Between) has been designed by Studio Animal as a light and reversible vertical and volumetric expansion that encourages the normalisation of emotions in a situation of pandemic. In an institutional framework where the human and the non-human are already forced to coexist and function on the same level, this project invites the different participants to become performative agents of the museum itself, on an equal footing. The interactions between artworks, persons, plants and things question the limitations of an anthropocentric view of the world. Entre manages to casually structure this coexistence by means of a series of structures set on a spherical base that delimit the transit spaces of the museum. These ‘roly-polys’ are turned into performative agents owing to their inherent contradictory complexity – they display both a sharp geometry and soft warmth, while exhibiting an instability that is challenged by their slenderness – in a spatial grammar that highlights their anchored nature. Milestones, landmarks, anchors or buoys on dry land, these agents appear to have been taken out of a science fiction film and highlight the aspect of the contemporary art museum as generator of speculative narratives. In fact, the fact that they can be walked around while marking transit spaces automatically creates cosy spatial communities, areas for private relationships within the public space of the museum. Entre resembles a carnival parade with intermittent stops. Some of the items resemble decontextualised parade floats, characters in search of an author. Others have a plant become a direct and morally inalienable interlocutor. Those topped by mirrors become devices for widening the perception of place: captured by the eye, the sum of the reflected bodies stand as sentinels to the joy of belonging, of being part of something greater. As its name indicates, Entre connects through its interstitial nature: it is a reference to the liminal spaces between organs in living bodies or to the structural voids between the points of a network. It is a celebration of new interactions within the institutional body that is the CA2M. 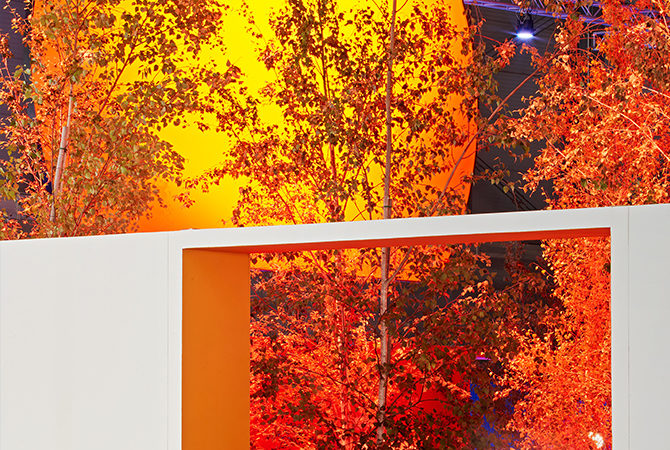 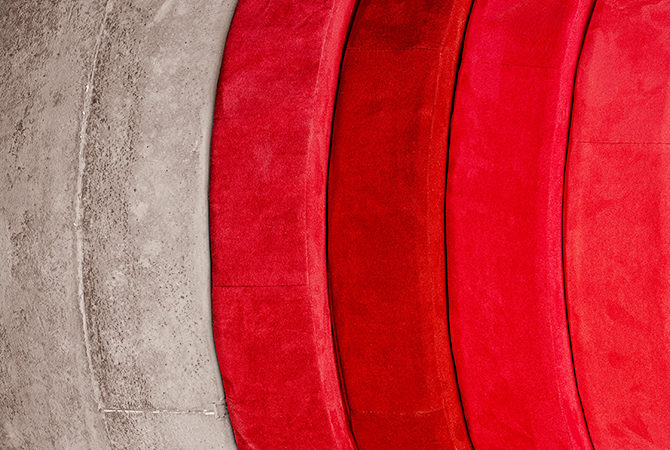 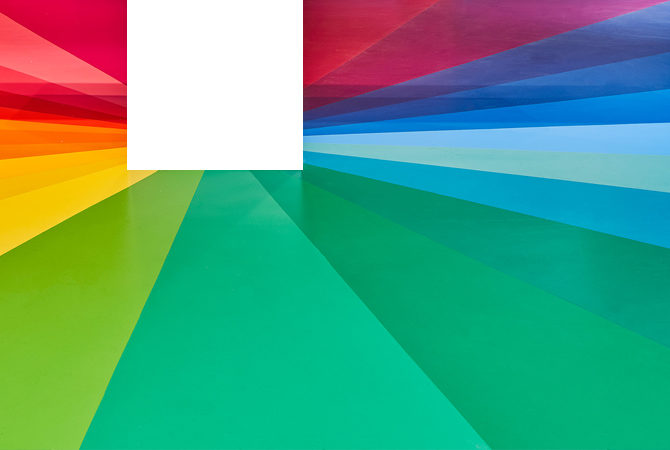 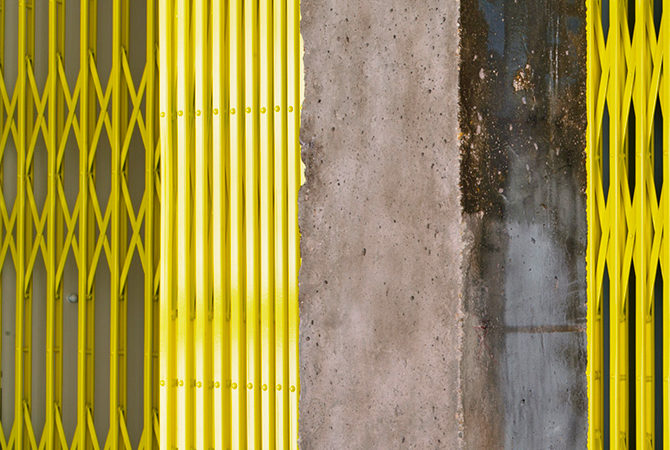 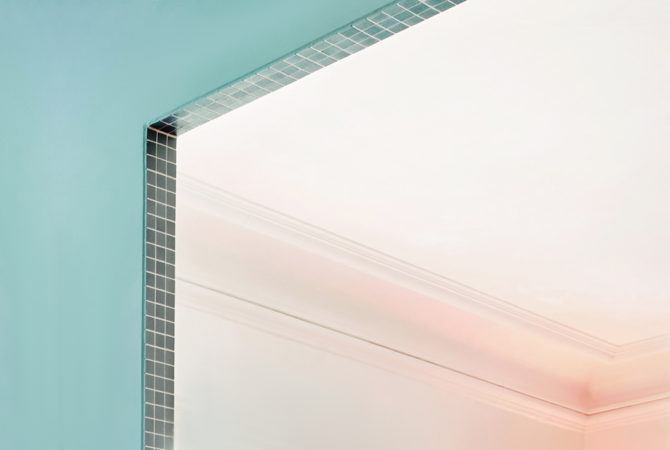 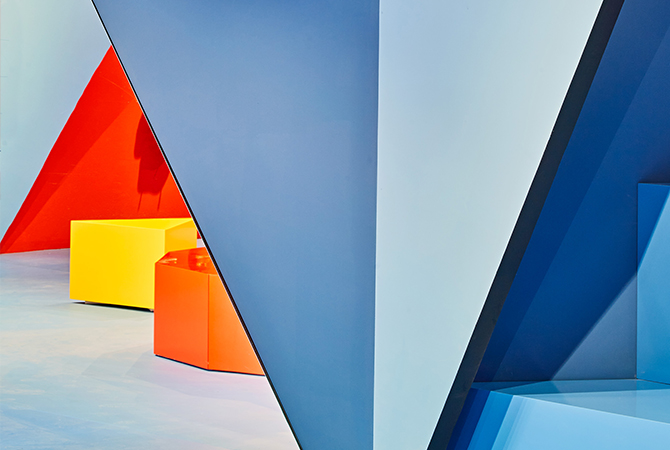 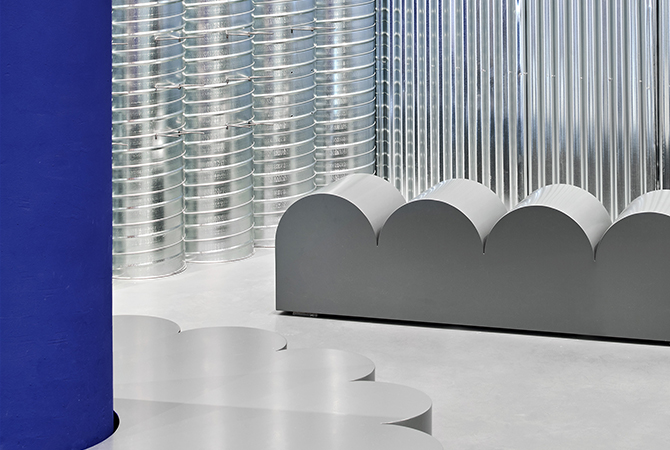 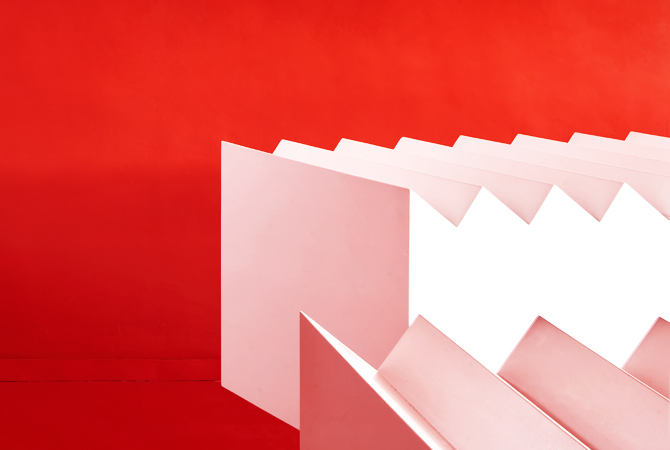 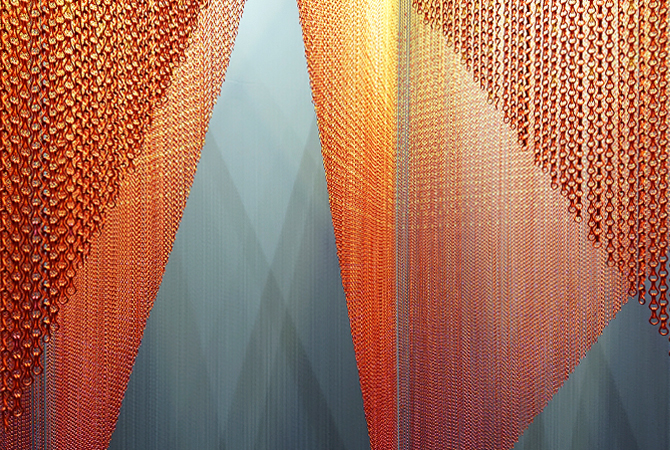 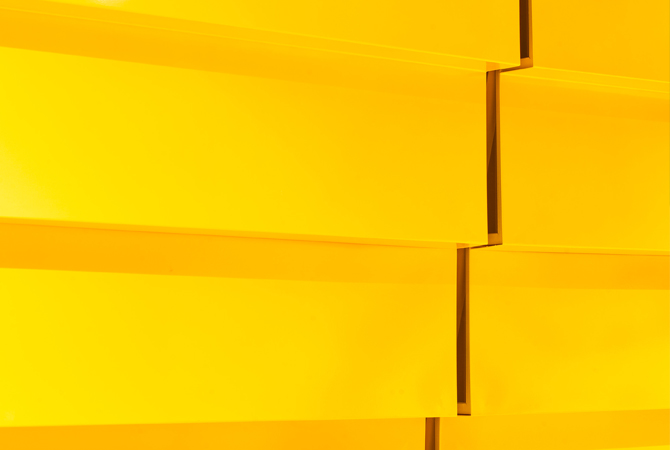 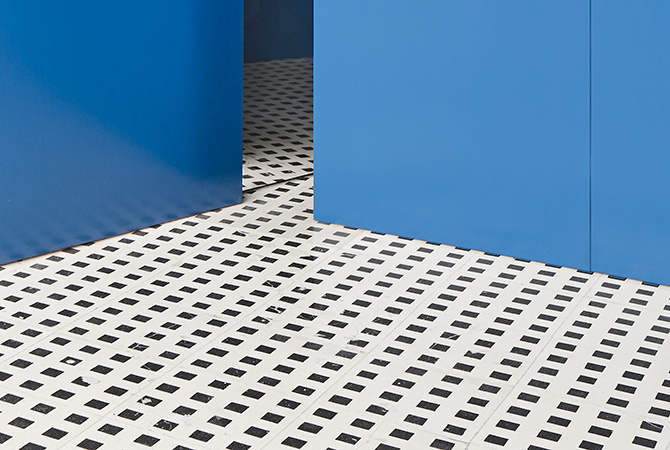 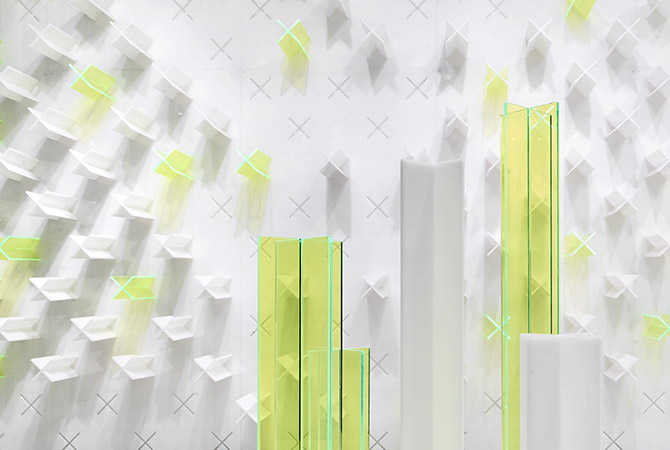 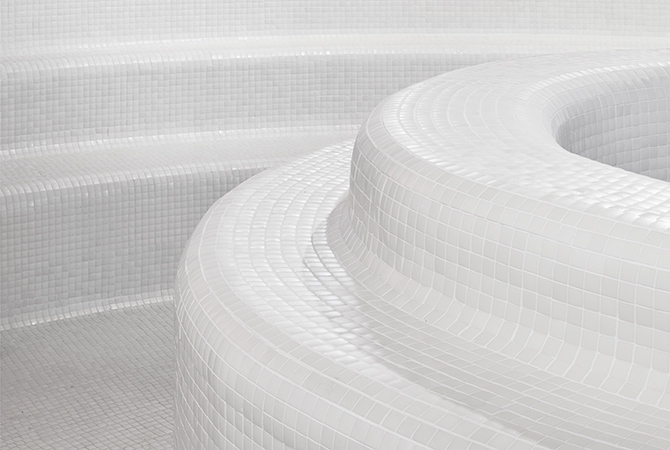 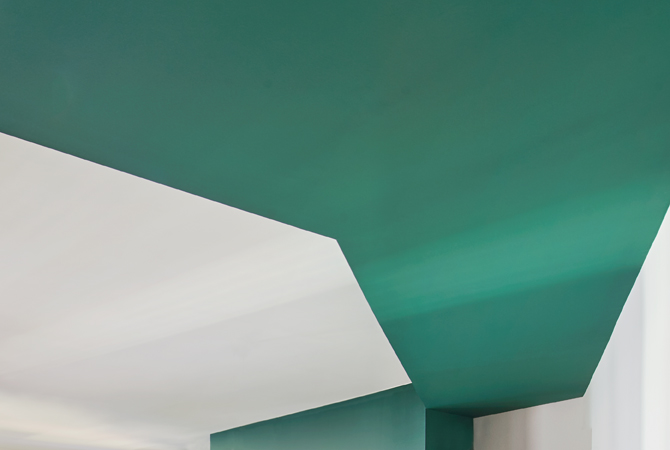 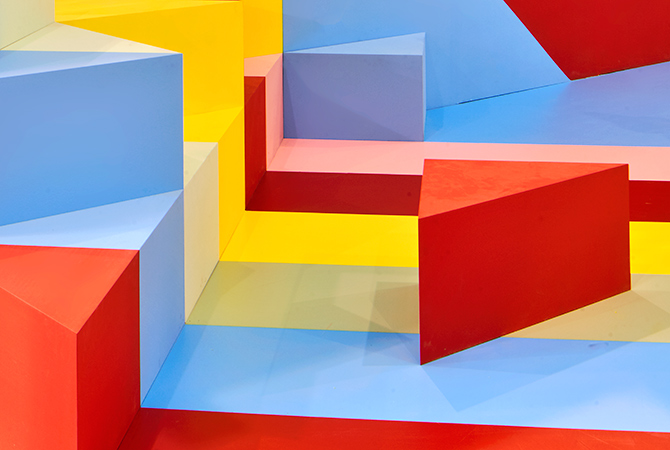 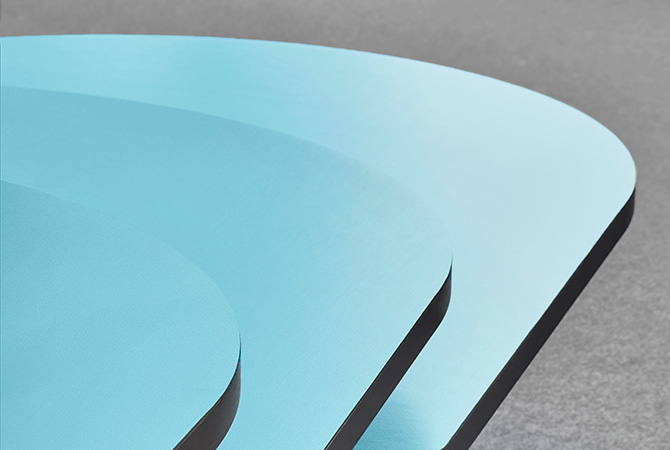 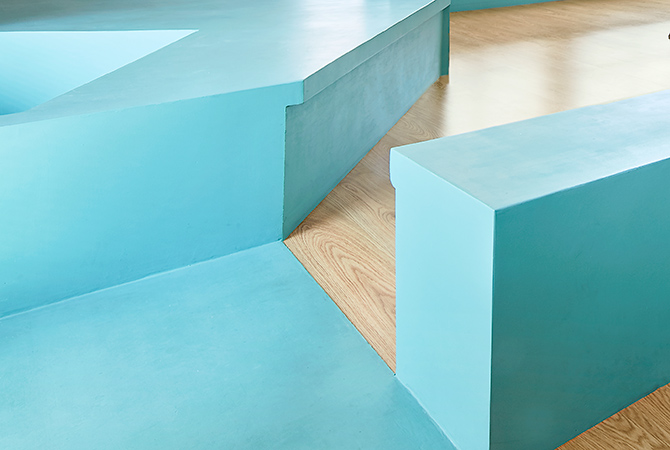 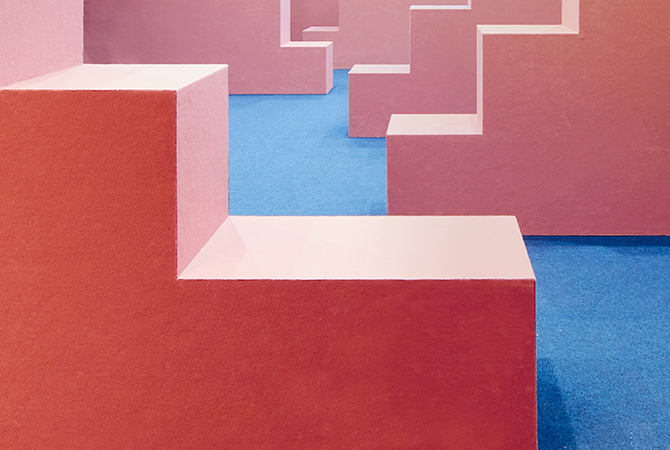