Studio Animal is a design practice based in Madrid and Barcelona specializing in interior design projects and ephemeral architecture. It is directed by Javier Jiménez Iniesta, who received his architecture degree from the School of Architecture of Alicante, graduating with Honors in 2007. He combines his professional activity with teaching and academic research. Currently he is Program Leader at the Master in Creative Direction of Retail at the European Institute of Design and visiting teacher at the School of Design Elisava.

Studio Animal deals with the development of proposals related to ultra-contemporary thinking and its relationship to the environment in which we live in. The redefinition of spaces and atmospheres inhabited by the contemporary subject, is the backbone of their work; in pursuit of a super-optimistic future for the potential inhabitants of their architectural designs. Studio Animal moves from the small scale of industrial design to the planning and development of a brand´s image and the integral design of spatial proposals; progressively specializing in the design of all types of interior spaces and offering custom designed projects to each client, always under an architectural approach.

The work of Studio Animal has been cataloged in the last three editions of biannual Arquia Próxima Awards and the XV Spanish Biennial of Architecture and Urbanism. They have also been awarded several national and international awards, such as the Pasajes-Iguzzini Prize, the Fad Awards of Architecture and Interiorism (finalist and shortlisted), the ADG Laus Awards (bronze in Spatial Design) and the International Media Award in China (winner). Their work has appeared in various specialized publications such as Domus, OnDiseño, Detail, Frame, Abitare, Proyecto Contract, Arquitectura Viva, Diseño Interior or Pasaje de Arquitectura y Crítica. 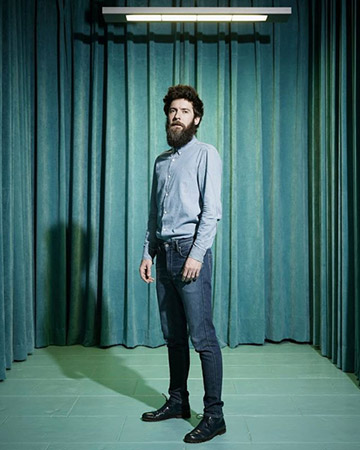